CAScination Cases presents cases performed with CAScination's stereotactic navigation systems. They support diagnosis, treatment and palliative therapy of cancer. CAS-One navigation systems enable the precise localization, puncture and ablation of tumors in liver, kidney and lung. All CAScination Cases follow the same structure: After the presentation of the treating experts and their institution, age, sex and initial condition of the patient are described. The following section outlines the treatment, followed by a final evaluation. Scans and images illustrate the different stages of planning and intervention and give a more vivid impression of the challenges and benefits of the chosen treatment.

Ablation of a malignant cancer of the liver

Conclusion: Successful and complete ablation achieved by the planning of 3 overlapping ablation zones in a conventionally unablatable liver lesion (due to close proximity to vasculature, location in the liver dome and size) and unresectable (due to co-morbidities of the patient) lesion.

Never miss a case in the future. 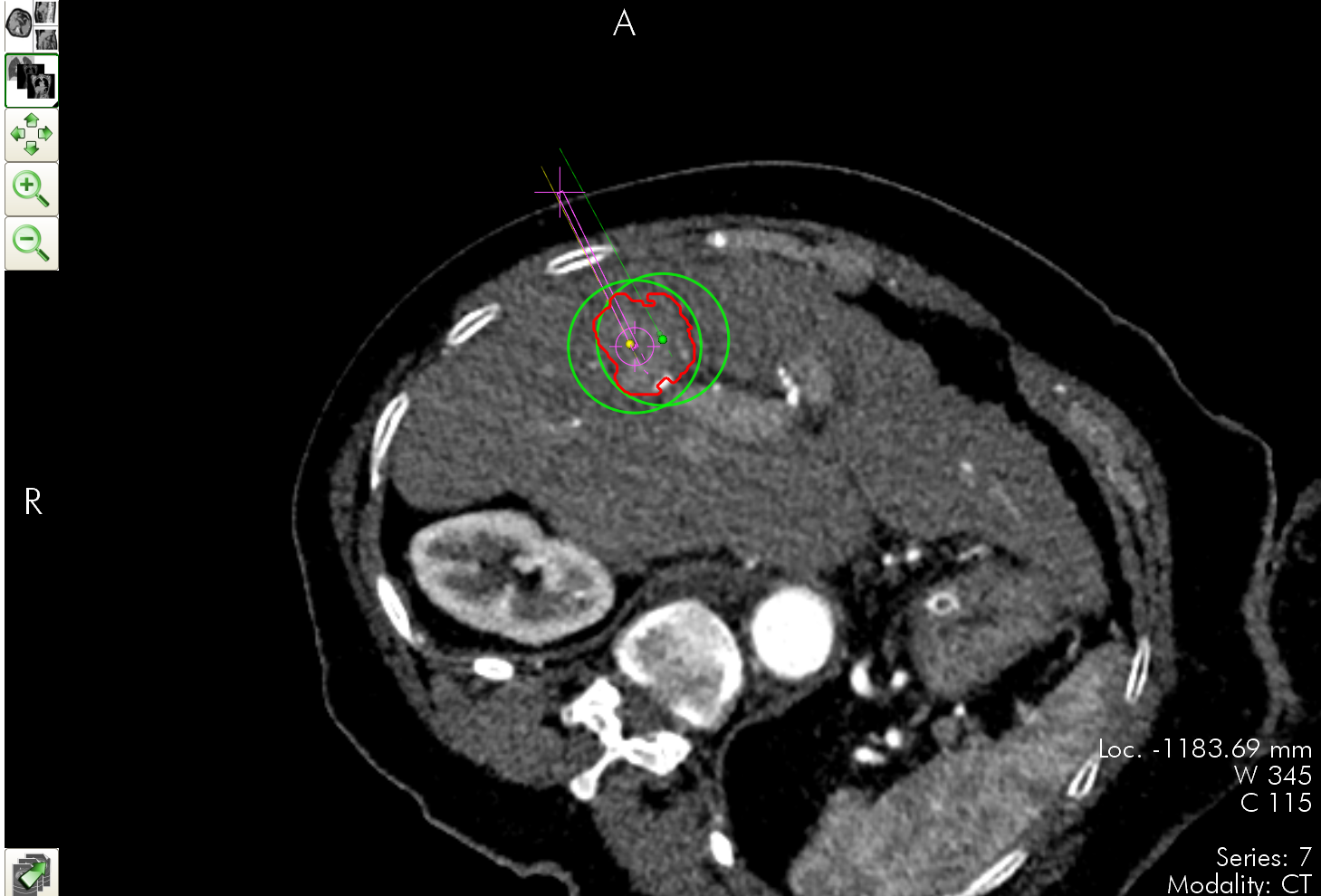 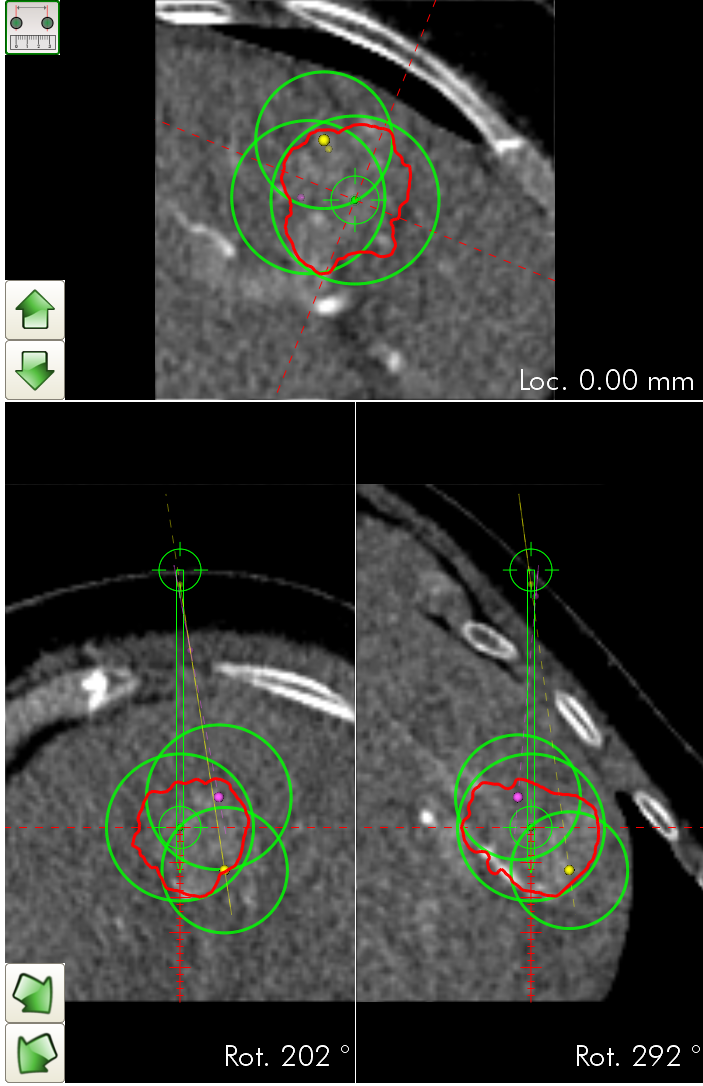 4. Validation of the ablation zone, with tumor segmentation MPR view 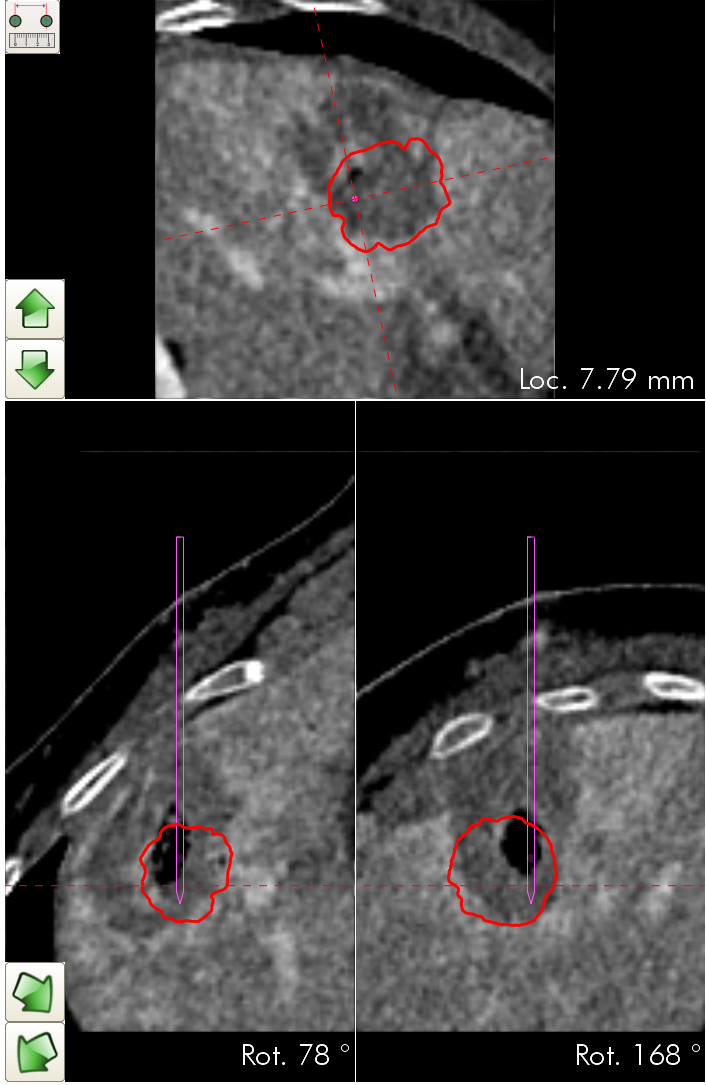 5. Validation of the ablation zone, with tumor segmentation needle view