Treatment: Microwave ablation of the left kidney tumor under general anesthesia. The aim of the treatment was to remove the tumour while maintaining the functionality of the left kidney so that the patient would not be required to dialyse in the future. In a surgical tumour resection, too much healthy kidney tissue would be removed, which is urgently needed by the patient to avoid dialysis. Therefore, the decision of the tumour board was unanimous in favour of ablation. Thanks to the navigation system, the antenna could be placed centrally in the tumour with high precision and thus post ablation could be avoided.

Conclusion: Follow up CT September 12, 2018: Complete ablation - In the area of the aforementioned left kidney tumor, no contrast medium absorption, no perfusion in status after thermal ablation 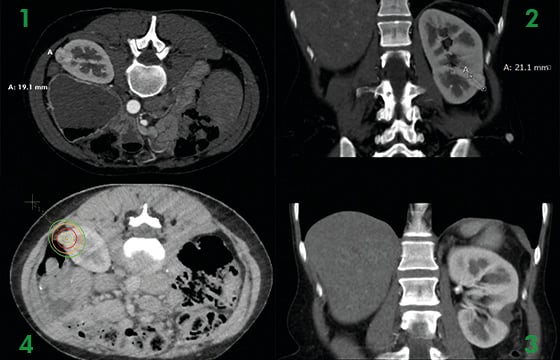 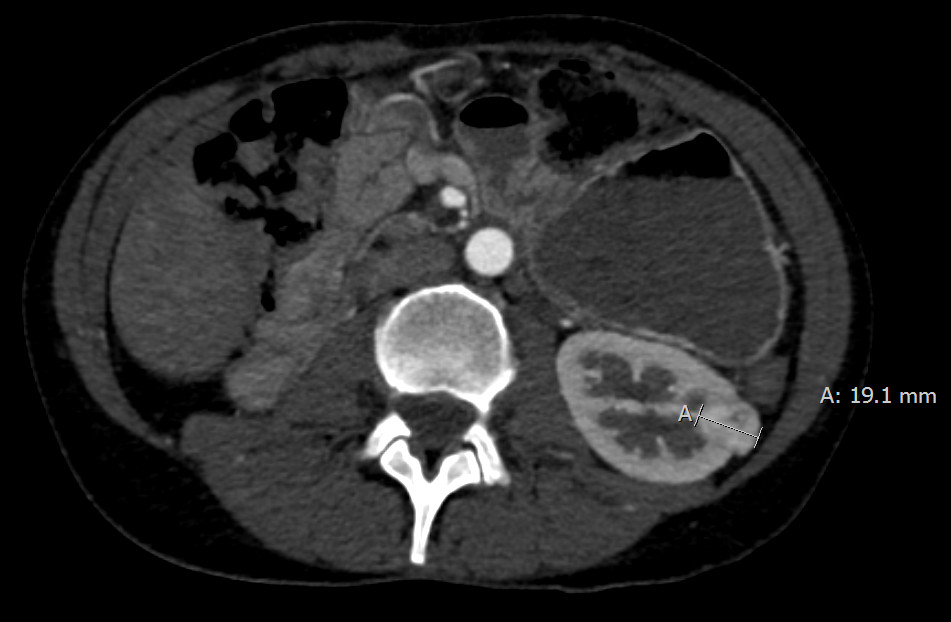 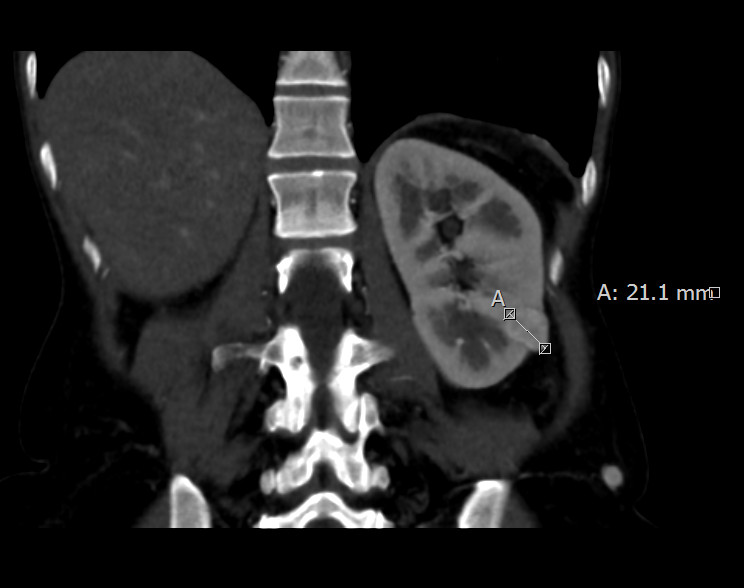 2. Coronal plane of the tumor (pre-ablation) 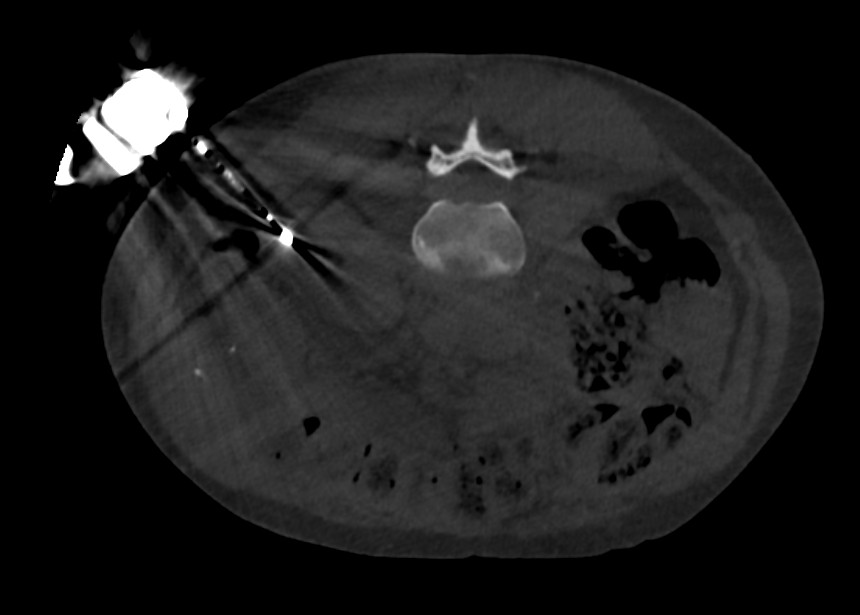 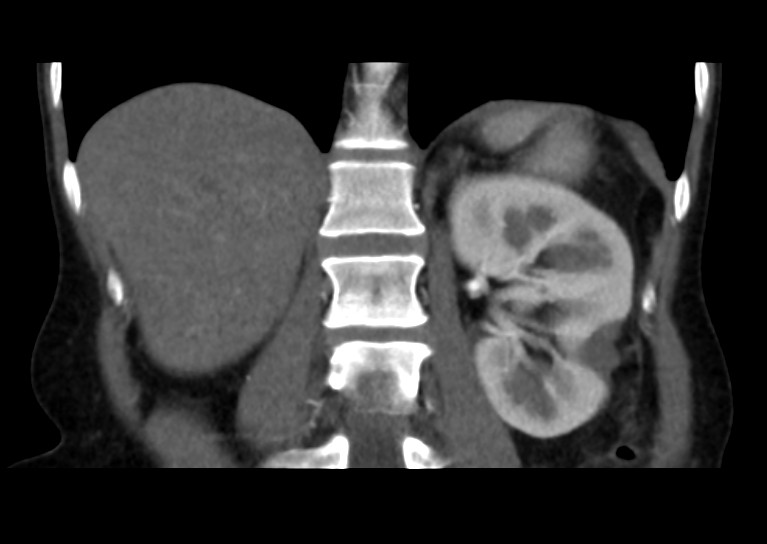