Navigated ablation of a difficultly located lesion in segment VI of the liver under the glisson capsule between the portal vein and the vena cava. Ablation was the only possible treatment because the patient refused chemotherapy. No vessels damaged during intervention. Complete ablation of the lesion on the control CT. 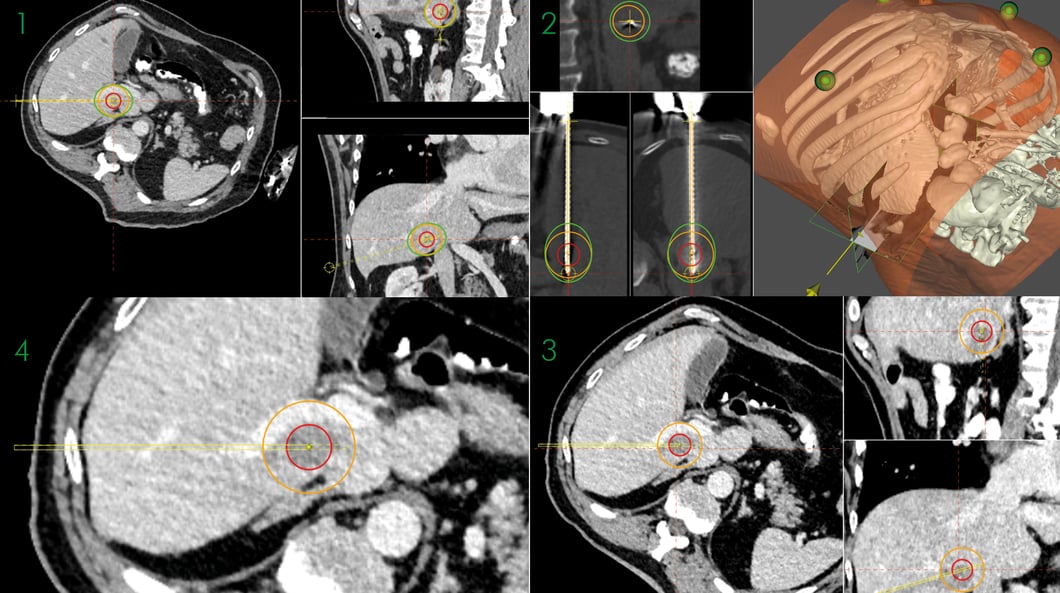